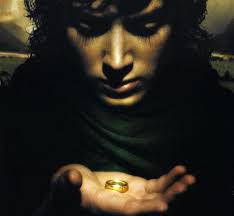 In The Fellowship of the Ring, the first book (and film) in The Lord of the Rings trilogy, a hobbit by the name of Frodo has volunteered to be the one to take the ring of power to Mount Doom in the land of Mordor so it can be destroyed once and for all. The journey from his home to Mordor would prove to be perilous and at one point early on in the story he says to Gandalf, a wizard and guide, “I wish the ring had never come to me. I wish none of this had happened.”

I suspect all of us have felt like Frodo at different points in our lives. Circumstances come our way unexpectedly, and of a kind that we’d rather not have to face. The tide has turned, and plans we had made must be re-worked to accommodate new factors. What do we do when things don’t go as we’d hoped? How do we respond when life throws up roadblocks and detours? What do we do when circumstances demand sacrifices we’d sooner avoid?

Responding to Frodo’s lament, Gandalf, through eyes wise with experience, looks at him and says, “So do all who live to see such times. But that is not for them to decide. All that is left for them to decide is what to do with the time that is given to them.” I must confess, I’ve always thought that Gandalf’s words were quite profound, and that they speak truthfully to the experience that we never have as much control over our lives as we might like to have or even as much as we sometimes think we have. Instead, much of our lives consist in deciding how to handle what comes our way.

In the Old Testament book of Esther, the Jews were exiles in the land of Persia. And the king of Persia, Xerxes, was looking for a new queen. A young Hebrew woman named Hadassah was chosen—probably unwillingly—to become the new queen to King Xerxes. To hide her Hebrew identity, she used the Persian name Esther. Given that her ascendancy to the position of queen was not willing or voluntary, such a turn of events would not have been a pleasant experience. Already her life had taken a dramatically unexpected turn. But that isn’t the end of her story.

Upon discovery of a plot by one of Xerxes’ advisors to slaughter all the Jews, Esther’s cousin Mordecai pleads with her to approach the king in order to save her people. Doing so would put her own life in danger—first, because if the scheming advisor were to find out she was a Hebrew, he might very well take action against her; and second, because to approach the king without first being called could result in execution. Either way, standing up for her people meant risking her own life.

The upshot of all this is that Esther wasn’t sure she wanted to do this. She was afraid for her own life. She was a young woman thrust into circumstances beyond her control. Her life had gone in a direction she’d never imagined or wanted. But when she let Mordecai know this, his response, I think, demonstrates a wisdom much like Gandalf’s. He says to her, “Who knows? Perhaps you have come to royal dignity for just such a time as this.” Centuries later, Tolkien would echo this same thought. So do all who live to see such times. But that is not for them to decide. All that is left for them to decide is what to do with the time that is given to them.

Mordecai’s words suggest that perhaps if our circumstances are beyond our control, that they’re not altogether beyond control. He’s saying to Esther, “Maybe this is the reason why you’ve become queen, so you’d be in the position to help your people.” He’s saying to her, “Even if you wish none of this had happened, all that is left for you to decide is what to do with the time that is given to you.” Without ever mentioning God overtly, Mordecai is telling her that though this is not the life she imagined, that there could be divine purpose at work here.

Whatever comes our way, our choices matter. Even if we can’t control everything around us and we’re faced with choices we’d rather not have to make in the first place, maybe that’s part of the point. As a person of faith, the first and most important choice for me is in trusting that not only is there a God but a God who, according to the Christian tradition, has a purpose for each of us.

Frodo was willing to risk his own life for others, to see that the ring of power was destroyed. Esther, in the end, was willing to risk her life to save her people. Both are examples of the kind of sacrifice we ultimately see in the person of Jesus of Nazareth. In the Christian tradition, it is believed that God himself—in the person of Jesus—was willing to suffer and die for the sake of the whole world. Those who follow him are called to do likewise. Such a life is one lived for the sake of the other, using the time that is given to you not for yourself but for your neighbour. Therein lies the life-purpose that is before each of us. Trusting that this is so means that whatever unexpected circumstances fall upon us, we can trust that perhaps we are where we are for just such a time as this.