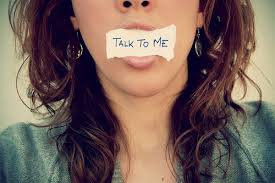 It’s one thing to disagree with someone; it’s quite another when disagreeing with someone becomes itself disagreeable. And in some ways, it does appear to be increasingly the case that even having a dissenting opinion on significant issues—particularly ones that get media attention—is enough to rouse the ire of those who are so politically and philosophically (and perhaps emotionally) invested in their positions that opposing views are seen as simply uncooperative or, worse, unreasonable, intolerant, and not worth a fair hearing. In the minds of such people, the conversation is already over. That they are right and their position just is so self-evident to them that they become as narrow-minded as those they accuse of being close-minded.

There are a few examples in particular that come to mind. I think first of the whole debate surrounding climate change or global warming and whether or not the majority opinion is basing their conclusions on sound scientific investigation. Scientists with a differing view, who do not share the view of the majority, are often accused of ignoring obvious evidence. Their presence is scarcely tolerated. It’s not that there’s necessarily been sufficient discussion or a willingness to consider contrary evidence; rather, scientists holding the majority position want to ostracize those who see things differently. Not only is there disagreement; conversation is aborted at the outset. Since, for example, I am not convinced that climate change is the crisis we’re being told it is (or that we can exercise as much control over it as we think), others who are convinced will probably consider me ill-informed or unintelligent.

Another example, one that bothers me more, is that of same-sex marriage. The conversation about this issue is problematic for a significantly different reason. Proponents of same-sex marriage not only assume their position is the only valid point of view, they also demonize those who disagree with their understanding of the issue. In other words, if because of my biblically-based convictions I am led to reject same-sex marriage as being as valid and equal as heterosexual marriage, advocates of same-sex marriage characterize my position as homophobic. And in this instance, the phobia seems to have less to do with having a fear of something than in having a hatred for someone. It’s not only that we disagree and do our best to communicate our point of view while respecting the people with whom we converse; the very fact that we disagree becomes a pretense for regarding us as hateful, discriminatory, fear-mongering bigots.

Those on the liberal side of the conversation about same-sex marriage (or same-sex relationships generally) also try to make conservative Christians appear not only prejudiced but hypocritical by claiming that our position vis-à-vis same-sex marriage contradicts the biblical teaching that God is love, the golden rule, the fact that Christians are called to love their neighbours as they love themselves. But this in itself assumes a definition of love that contradicts Scriptural teaching on its face. You don’t have to read the Bible long, including the Gospels and therefore Jesus’ own teaching, to realize that the biblical understanding of love goes hand in hand with teaching about sin, judgment, and God’s holiness. Indeed, the Bible makes it clear that Jesus went to the cross because of human sinfulness. It was because of God’s love that Jesus bore the penalty for human sin. The most popular Bible verse in the world—John 3:16—tells us as much: “For God so loved the world that he gave his only-begotten Son that whoever believes in him will not perish but have everlasting life.” Trying to define love in any other way or in a manner that wrests isolated verses from their context to prove the opposite point cannot bear up to careful scrutiny.

No doubt people who disagree with me would have specific ways to respond to what I’ve said. But that’s the problem. As soon as you call someone who disagrees with you a homophobe you eliminate the possibility of calm, reasoned, mutually respectful discussion. And that’s precisely what some want, I think, because it also eliminates a challenge to their point of view. If you cannot carry on a decent conversation with someone who disagrees with you, and who might challenge your point of view, then you turn to ad hominem arguments.

This is part of the problem with our culture. We see it in politics, religion, and everywhere in between. How many people, for instance, have grown weary of elections if for no other reason than that the candidates never seem to be able to have a real conversation with one another? Sound bites, vitriolic tweets, personal attack ads—these have all taken place of debate, conversation, and, civility.

Sometimes the few ruin it for the rest. For our part, Christians who disagree with same-sex marriage are immediately associated with the likes of groups like the Westboro Baptist Church or other more extreme examples who spout hateful language and therefore misrepresent not only Christianity but Jesus himself. Similarly, ambitious political pundits and leaders more interested in headlines than in public service make the jobs of those in government and public policy much more difficult. Is it any wonder that voter turnouts are becoming lower and lower with each election? Unfortunately, it seems like the loudest, most divisive voices get the most coverage. The result is a population both weary and cynical.

For those of us who claim to follow Jesus, there is something we can do. Something we should do. There are options other than arguing past the people with whom we disagree. And there is certainly a better approach than reducing conversation to personal attacks. In Colossians 4:5—6, the apostle Paul writes these words: “Conduct yourselves wisely toward outsiders, making the most of the time. Let your speech always be gracious, seasoned with salt, so that you may know how you ought to answer everyone.”

Paul is advising Christians with respect to their relationships with people who are not Christians. In particular, he is addressing how Christians should go about sharing their faith with people who don’t believe as they do. Obviously, Christians in Paul’s day, in an urban, cosmopolitan culture rife with various religions and cults, would have had reason to disagree with many of their neighbours. At the same time, Paul tells them to be gracious. He tells them to be wise. He wants them to be winsome. And he wants them to be able to respond to questions and accusations without resorting to name-calling. Indeed, Paul’s instructions to the believers in Colosse positively overflows with love for neighbour.

Granted, the position of Christians is that none of us can carry out Paul’s instructions perfectly apart from the grace of God himself. That is, on our own we are not likely to be gracious, wise, and winsome in our conversations, especially at times when disagreements arise. We need God’s help to be such persons.

Given the context of Paul’s words, it is also clear that he assumed the believers to whom he wrote would be sharing their faith. They would openly talk about Jesus—about what they believed and why they believed it. He didn’t want them to avoid what might be difficult or controversial topics for their non-Christian neighbours; he simply advises them to go about it in a respectful, God-honouring way. Disagreements are unavoidable once we talk with anyone long enough; what may or may not be disagreeable is how we go about the conversation.

Not everyone will take Paul’s words to heart. But for those of us who follow Jesus and therefore are called to love our neighbours, such exhortations are central to our being witnesses to the love we have come to know in Jesus himself. What we believe the Bible to teach and how we explain this to others are both crucial. Tone matters. Attitude counts. And while you may disagree with me, at least pay me the courtesy of giving what I have to say a fair hearing. I promise to do the same.

2 thoughts on “Disagreeing or Disagreeable?”